Just finished reading Haruki Murakami‘s odyssey of the night, After Dark, a twilight time-scale similarly circumscribed by James Joyce in Finnegans Wake and Martin Scorsese in After Hours: minutes shy of Midnight to sunrise. It’s amazing how life-changing events take place in this book while so many millions sleep, and how sleep becomes the preferred state, in times of pain or dissolution/evolution, in moments of self-discovery. The magnificent majority of Morpheus is the backdrop for some of Murakami’s most personal and tonally-perfect conversation and consideration:

“A cycle has been completed, all disturbances have been resolved, perplexities have been concealed, and things have returned to their original state. Around us, cause and effect join hands, and synthesis and division maintain their equilibrium. Everything, finally, unfolded in a place resembling a deep, inaccessible fissure. Such places open secret entries into darkness in the interval between midnight and the time the sky grows light. None of our principles have any effect there. No one can predict when or where such abysses swallow people, or when or where they will spit them out.”

There is, all always, even in the darkest imminences of Murakami’s NIght World, redemption, resolution.

I’ve been making my way, chronologically, through Murakami’s work (although I’ve missed A Wild Sheep Chase; got another, hopefully successful delivery of that coming), and after finishing this indelibly voiced novel, and facing a week on the road, in Norfolk and then a nice long stretch in SoCal, and having either another volume of his short stories or his two lauded non-fiction works (on Running and the terrorist attacks in the Tokyo Underground), I find myself wanting to carry and commit, to the Brick: 1Q84.

And Thomas Piketty’s Capital in the Twenty-First Century just showed on my doorstep.

You might not hear from me for a while. 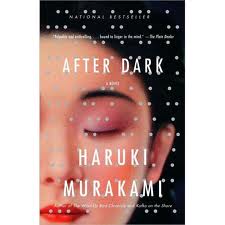