I’ve enjoyed all the Anthony Neil Smith crime novels as I could put my hands to: Psychosomatic, The Drummer, the Billy Lafitte series–Yellow Medicine (my first experience of Mr. Smith’s work), Hogdoggin’; haven’t read the third in that series, The Baddest Ass.

His latest work of Minnesota noir I’ve read is All the Young Warriors, a police shooting in the town of New Pheasant Run (a municipality whose extreme parochiality makes Fargo or Bemidji seem cosmopolitan by comparison, and which is referred to oft-times as NPR; well played, Mr. Smith) involving Adem, an American-born Somalian college student, takes on global repercussions.

Moving quickly and dramatically from Minneapolis to Mogadishu, you realize you’re in international thriller territory, and Mr. Smith’s hand is deft; he writes an unstoppable novel, all the better for the insightful infusion of the inner monologue of Adem’s unquiet conscience as he weighs his initiation into an extreme Islamist force.

All the characters, Ray Bleeker, the white cop bent on vengeance, Adem’s father, Mustafa, are all voiced idiosyncratically, each with their own philosophical evolution.

Anthony Neil Smith keeps the pedal to the floor not only in his pacing, but in the stakes we feel for all involved.

It’s clear also that he’s steeped himself deeply into the psychology of the Somalian characters. Adem and Mustafa appear in a new (out June, ordered mine today) book, Once A Warrior. 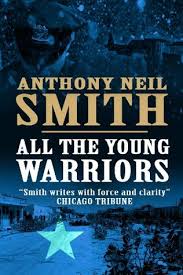 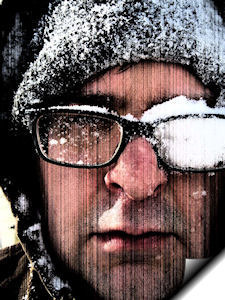