Haruki Murakami‘s latest is valedictory testament to and distillation of his prevalent themes (witness the brilliant graphic below) but withal the courage to make empathy itself the magic, rather than keenly imaginative quantum leaps of intuition or hyper/alternative-reality; evil is not a faceless nightmare figure, but the lies we tell our closest friends, ourselves; no dream universe, just a diseased mind creating its own reality, its own pain, and the resonance in others’ lives; our travails are by necessity unresolved in the truest sense; perception of other people as vibrant and vital, ourselves as pale and rudderless; but colorlessness in this moment in the pantheon of Murakami’s work is only the fullest, barest, proudest and humblest humanity, the seemingly mundane but integral passion of Tsukuru (literally ‘builder’; though his circle of friends all have colors in their names) for train stations, for nexes, connections (that most precious of human treasure), bared of extraneous but fractal in their possibilities, disarming in their utter utilitarian beauty, the schematic of human emotion. The novel’s penultimate scene takes place in Tazaki’s house of worship, JP Shinjuku Station.

Music, always to my amazement and deep gratitude, and in particular, great piano music and specific and personal interpretations thereof, figure prominently in the narrative: ‘Le mal du pays‘ (in Brazilian, I think, this would be ‘saudades’, an equally untranslatable word roughly covering ‘sad nostalgia/remembrance’) from Franz Liszt‘s collection, Annees de Pelerinage, of which this figures in the Swiss volume (although, depending on the media, the LP side (from the Lazar Berman recording, oft invoked) plays through the Petrarch Sonnets, the CD version (Alfred Brendel, invoked climactically, albeit with the utmost civility) playing through even more. Schumann’s Traumerei figures occasionally in this tale of unanswered abandonment of our eponymous hero by a literal handful of devotedly joined childhood friends. There are other disturbances, questionable narrators, hyperdactyly, a tragic and horrifying crime. What would, in prior work of Murakami, be a matter of dream versus reality here resonates as memories as desired or illusory history. Tsuruku’s quest for closure is a parable nestled in a meditation fitted to a flawed yet striving psyche.

The loose ends are only another acknowledgement/celebration of our frailty, the lack of definitive answers like the vagaries of piano interpretation. Even Tazaki’s epiphanies have limited capacity for conquering his doubts, his insecurities.

In terms of delimited scale (and light bandwidth), of clearest most pragmatic reality, of tangible construction versus ineffable creativity, this is at once Murakami’s most heartfelt and most grounded work. 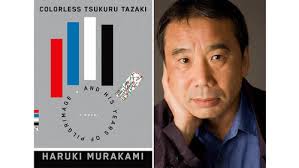 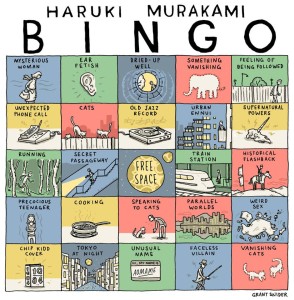 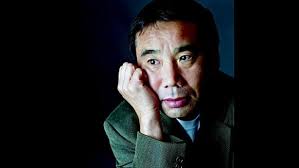