“(as in the picture where the eye perceives a white vase or an hourglass or a chalice, until the mind–or is it the will?–discovers that this vase is an empty space, negative, hence an illusion, and there is only one positive, that is, real thing in the picture, is the two profiles turned toward each other, face to face as it were..a reflection of a reflection, a shadow; and consequently these two face, on prolonged scrutiny, move closer to each other, as though wishing to unite and so confirm their identity)”
in rereading the final third of Danilo Kis’ ‘family triptych’, his acknowledged masterpiece, HOURGLASS, i come to the end of my Danilo Kis binge. truly some of the greatest work of the 20th Century.
Meanwhile, i seem to have fallen way behind in the course of recently published works by another favourite writer, Stephen Graham Jones. Three volumes have been printed in the last year, one of them i had the privilege of reading in its early form, and so now that it’s been lauded in many quarters as one of the best books of 2012, i’m settling in to this truly warm and singular voice in his GROWING UP DEAD IN TEXAS.
it’s a good life. 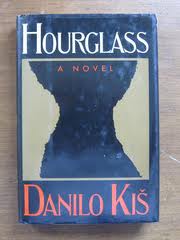