From the Top recorded Show #307 in the opulent but intimate environs of the Bill & Sony Rylance home on Commonwealth Ave. Their son, Harry, played two brilliant Scriabin Etudes, and demonstrated admirably how visual art informs music-making: he’d done a talk on Monet’s ‘Impression, Sunrise’ and how it was formative in his newborn conception of Ravel’s Jeux d’eau. We had a poem written and recited on air by our guitarist,  Jason Lewis as preface to his ultimate panoply of touch in Le Toccata de Pasquini of Leo Brouwer. I got to do a Tango with violinist Valerie Kim in a John Williams arrangement made for her teacher, Itzhak Perlman, of Carlos Gardel’s ‘Por Una Cabeza’ from  The Scent of a Woman soundtrack

My breakpiece had been kicking around my subconscious for some months now, Erik Satie’s Gnossienne #1. 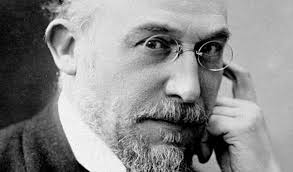