Immersed as I am, recording and expostulating upon The Well-Tempered Clavier, it’s immensely invigorating engaging learned minds on my own journey. Of particular note, for historical, analytical and philosophical context is David Ledbetter’s indispensable study of The 48.

We tend to think of The 48 as a sui generis demo for the latest 2.0 of contemporaneous tuning technique enabling consonance rooted in every node of the 12-tone chromatic series in its major and minor iterations. But at the time, the supremacy of the hexachordal modalities still claimed precedence. And, even if one were to presume the efficacy of an octave scale in major and minor instead of Dorian and Mixolydian with meandering dominant degrees, what might mitigate toward specific characterization to distant modulations of basic C Major and a minor?

Bach sought to illuminate the integrity of the early 17th Century fake book of received Standards, bringing it fully into the chromatic, super-modal universe, and utilizing his transcendental gifts of invention bring those tried and true modes and motives to evolutionary expression.

Arguing for specific, perhaps synesthetic characterizations, not only of key but of figuration, one might cite various precedents describing f minor as a key suffused in suffering. The keening, sighing 2nds of the Prelude present unequivocably; the binary form of much of Book II leaves open opportunity for elaboration, ornamentation.

As doleful as the Prelude figuration might be, contemporaneous intelligence would assign a more hopeful, or perhaps a more disciplined, rigorous path forward with the reiterated quavers of the Fugue subject.

The rhetoric of unspoken musical gesture is by its nature ambiguous and open-ended. 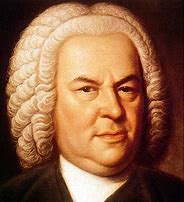 My 96-episode series, Everything We Need To Know About Playing The Piano We Learn From The Well-Tempered Clavier, is now available by subscription at