Thank you for your note to NPR.

Although no one at FTT or NPR would ever acknowledge this, I believe I was dismissed by the outgoing ED, Jerry Slavet largely because of my political social media engagement being perceived as inappropriate by him, although I was always very careful to stick within the NPR guidelines on that front. It’s especially ironic you note Paul Katz’s injection of politics, erroneously to boot, into the show. I had occasion, in the live show, to inject some much needed political levity, as in our last Honolulu show where I was interacting with the kids of the Honolulu Youth Symphony, a superb ensemble, by the way. In discussing the Aloha Spirit innate in the ensemble, I asked them to tell the audience the meaning of Aloha. They responded eloquently and I thanked them for lending us their translation, as in Hawaii Aloha would mean one thing while on the mainland it was starting to mean Make America Great Again. Thunderous applause. Needless to say, no political content was allowed on the final cut of the show, and I had an understanding with my producer, Tom Voegeli who’s ultimate task was cutting the show together, that if I felt an outre venting coming on, I would leave room on either side so he could cut around it while the audience and I shared some fun. On another occasion where I got a big political laugh, I ended up being a bit of a Jack Benny, just standing there waiting for the laughter to die down so Tom could cut it out easily, the audience continuing to laugh and presuming I was just milking it.
So now politics is included, encouraged, on From The Top?
That guy they had before? He was a lot better. 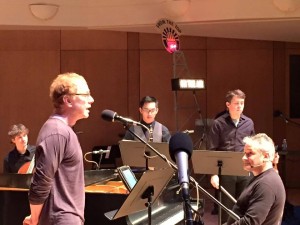 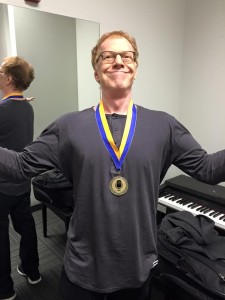 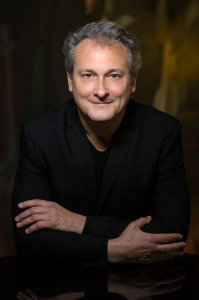