I will finish recording the last two Preludes & Fugues of Book II this weekend and will roll out the remaining release in this first social-media-shared Well-Tempered Clavier. It’s been a journey, and as I’m continuing my series of lectures on each of the 96 component pieces of the WTC, having just turned in Episodes #41-50 inclusive of the end of Book I and its deeply symbolic 12-tone Fugue subject in b minor. That work continues apace. I learn something, and seek to apply all my new knowledge into the next episode, the next performance. Every lecture I record makes me wish I could re-record my performances with added insight, and maybe I will, but isn’t that what recordings are all about? Not seeking the definitive, but just recording a moment in time, an intellectual instant of apprehension.

The more I come to know, the less worthy I feel talking about these monumental works. Even so, I’m proud of the work I’ve done and the work I’m doing and improving. My WTC series will stand up well. But the arcana of this music, seemingly accessible to an elite cohort of initiates and connoisseurs, can sometimes seem to obscure my primary motive behind sharing these explorations: that the inherent paucity of notational direction in Bach’s scores is not an inhibition, but a portal for creative interaction with the score, an invitation for infinite variety of articulation: Bach, primarily a composer of vocal music, and the WTC was basically an exercise in the ultimate artistry of counterpoint, but also meant to be instructive in cultivating the the clearest, most cantabile and compelling rendering on the keyboard. I choose to see the endless stream of notes uncorralled by slurs or staccato markings as a chance to realize that there are as many articulations as there are consonants in the German language, that the notes are placeholders and are not definitively prescriptive of duration, that voices should have each their own dynamic arc, preferably unsynchronous, competing and complementing. I present this not as my own interpretation but as a way of seeing and hearing this notational universe as a quantum field of imagination and opportunity, a suggestion and encouragement to go beyond the notes on the page, with transformative insight and encouragement of individualization.

Partly, the more I know, the more I want to impart. Devid Ledbetter’s study of the 48 and Joseph Groocock’s study of the Fugues of the 48 are constantly by my side. But they’ve taken over the narrative of my explorations a bit to the detriment of my suggestions and disciplines of a purely pianistic nature. The episodes have gotten a lot longer, starting out ~15min, and now, when I pressed the red record button on the final b minor Fugue of Book I, I didn’t let up on my elucidations and expostulations for 1hr15min. I’ve since cut out all the breaths, equivocations, ponderous pauses; that one has been trimmed down to ~45min.

In my desire to engage more specifically on a nuts-and-bolts level true to my original impetus of encouraging a new, freeing engagement with the score, I’ve decided I will be doing another series, of performances and lectures, on Bach’s music meant as training pieces for more intermediate or entry-level study, the Inventions and Sinfonias. I’m very excited at the prospect of welcoming a wider community to my online explorations.

All my video performances of the complete Well-Tempered Clavier are streaming at http://www.christopheroriley.com
My 96-episode series of explorations into each of J.S. Bach’s Preludes & Fugues, Everything We Need To Know About Playing The Piano We Learn From The Well-Tempered Clavier, is now available by subscription at 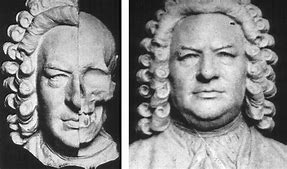