I’ve read all the published work of Lucius Shepard, and now have, sadly, read the last of him; his novel, Beautiful Blood, came out just a few months after his passing. Beautiful Blood is the first novel-length excursion through Lucius’ mythology of the Dragon Griaule. First invoked in The Man Who Painted the Dragon Griaule (1984), the dragon is moribund but clearly not dead: anthropomorphically, the Dragon influences all who live in his gargantuan shadow, destiny as presaged and resonated by the Griaule’s epochally occasional heartbeats. Beautiful Blood finds Griaule intervening less insidiously, more directly making his avatar of the lead character, Richard Rosacher, a biochemist who happens on the psychomorphic properties of the Dragon’s blood. Rosacher’s life is compressed, his only conscious moments, those of the narrative, are pivots of fate, sort of a One Hundred Years of Solitude in alternative reality. There is, in those hallucinatory sections, the kind of rapturous prose that makes the best of Lucius’ work, the psychedelic meets epiphany.  Grave matters of espionage, revenge, religion, politics, love, creativity and destiny are meditated under the shadow and guidance of Griaule.

Like listening to Mozart’s K.595, it’s hard not to discern an aura of resignation, of a realization of the fleeting nature of our lives. There is an acquiescent quality even in the philosophically disputive colloquys in Beautiful Blood, whereas in prior Shepard works, debating conversations reach Thomas Mann proportions. One imagines this might’ve been more of an epic if the author’s declining health over the last year hadn’t hobbled him.

This was immeasurably beautiful book to read, but reading it was an immersive and deeply saddening period of mourning.

I’ve never been a fan of the Fantasy genre. Admittedly, Griaule would seem a perfect fit, but taking Lucius Shepard’s work in its entirety, there’s less a sense of fantasy than a plausible yet intrinsically magical reality, a world “separated from our own by the thinnest margin of possibility.”

No one has given us back the magic of our world with more clarity of vision, more lapidary beauty than Lucius Shepard. 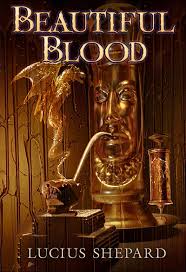 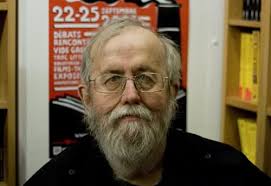