Highly recommended by readers (and writers) I trust, I was blessedly led to this most unique and memorable book by M. T. Anderson, much of which is the journal of the eponymous son of an African princess, raised and educated at a pre-Revolution center for philosophical inquiry in Boston, the Novanglian College of Lucidity. Octavian is fluent in Latin and Greek by age 8, and accomplished virtuoso violinist (the passages of his performance under protest, and the infusion of an eloquent and thoroughly evolved subtext running palpably through his interpretation to the befuddlement and retribution of his handlers are in themselves astonishing), and, especially as compared to the various other less cultivated narrators, a poet and empath of a thoroughly intoxicating and awe-inspiringly encyclopaedic nature. Even the pages of angrily slashed-out accounts of abomination to him and his serve as the yang-foil of his rage in the face of his ultimate weakness. Couching this in the ethos of the emerging nation with its endemic slave culture (and the perfidious cloud of same hovering over Octavian’s ‘education’) is fictional and philosophical fecundity at its finest. We await the arrival of subsequent volumes in this purportedly Young Adult readers’ series (winner of the National Book Award) bewitching me well into my dotage. 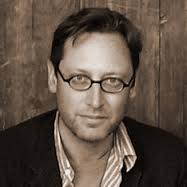 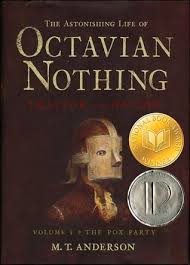