I’ve been a fan of Nikolai Grozni since reading his Wunderkind, a novelization of (his?) life at his native Sofia Music Academy. You can still see his own performances as a wunderkind pianist from those early Bulgarian days. Each chapter of Wunderkind is titled by various works of Chopin, et alia, and there exists no keener descriptive writing on music anywhere. He came for a time to Boston, where he studied jazz piano at the Berklee School, became disenchanted and went to India to study as a Buddhist monk. His pilgrimage is hilariously and movingly invoked in his memoir, Turtle Feet, also highly recommended.

Nikolai Grozni‘s latest book is completely unique, not only in his ouevre, but in all literature: part Greek tragedy (complete with chapter introductions by a Chorus, a prefatory Dramatis Personae), part invocation of Greek mythology, part Grand Guignol of endless nightmare, part Jungian individuation, part live Tarot divination. It’s a book of constant fascination and fantasy, of velocipedes and passageways and rooftop plunges to escape man-eating birds; an infinite Masque of horror-filled pageantry and betrayal, where reality and persona are never assured. The byzantine bizarre imagery is abetted (though never superceded) by illustrations (included here) by Iva Sasheva. The dreamlike and poetic style of prose is never too far from reality: at times, it seems as though we are not in an alternate world of endless night, but instead in the coruscating fantasy and hallucination of present day madness; think not of the loose scatological ravings of Terry Gilliam, more like the detail and viscera of Peter Greenaway.

This is a nightmare from which I hoped never to awaken. A brilliant artistic achievement. 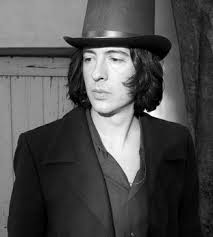 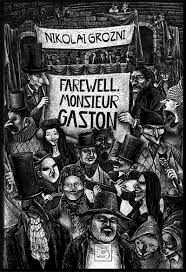 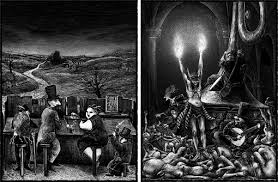 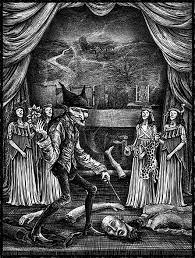