Like many of the books I choose to read, most if not all are matters of associations and recommendations among writers themselves. Reed Farrel Coleman has been a name in the crime genre that’s become familiar by accolades among his peers, but it wasn’t until I actually spied him among the ardent admirers of Megan Abbott (I’m a huge fan) at her Brooklyn Book Court reading of her latest, The Fever, (also saw Jason Starr there) that I decided to take the plunge, and picked up one of his latest, Hurt Machine. I’m very glad I did.

Hurt Machine is one of his already burgeoning series featuring Private Eye, Moses Prager, ex-NYPD. To say more than this murder investigation involves the violent death of an EMT in apparent dereliction of duty would be to give away too much. Suffice to say, Mo has skin in the game; it’s personal and deeply so.

This is a procedural of such detail that one comes to the day’s reading of the book almost reluctantly, given the probably of needle-in-a-haystack thoroughness and thorough obstruction by all witnesses to the EMT’s dereliction, almost like the kind of futility one feels as a reader at getting to the well-designed nadir of Charles Dickens’ Bleak House. As in that classic, one’s efforts are rewarded in dizzying dramatic timing and climactic denouement. 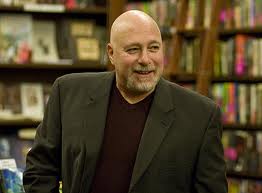