From the Top just wrapped Show #324 in the comfy environs of Tarisio Fine String Instruments & Bows in New York City. I played another one of the endless string of pieces I love by this eminent composer of our times, all times, Anton Garcia-Abril. We’ve struck up, Anton, his wife Aurea, and I, a mutual admiration correspondence, as I’ve been posting various of my performances of his wonderful work. In June, Emily Helenbrook (a From the Top alum) and I will perform an entire evening of Anton Garcia-Abril’s music, an interweaving of solos and songs, culminating with the World Premiere at the Tippet Rise Art Center in Fishtail, MT, where I am Music Director of Anton Garcia-Abril’s Tippet Rise Songs, based on the poems of co-founder Peter Halstead. It’s an event that’s been familially inspired by Anton’s son, the eponymous earth-sculptor/architect, whose works are being erected as we speak, monoliths and outdoor concert environments. His father’s music will resound on the 12,000 acre ranch, to the Beartooth Mountains and beyond. Anton, the composer, just reached scant weeks ago, his 83rd birthday. Just yesterday, we learned of the passing of his beloved wife, Aurea. I offer this performance In Memoriam and in support and condolence of treasured family, friends. 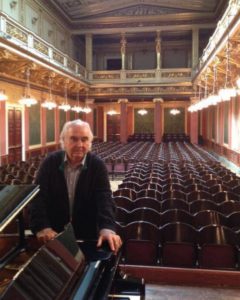 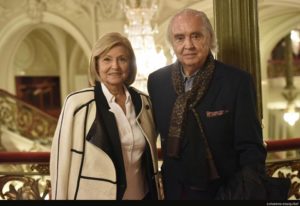