I’ve come to the end of my traversal of Haruki Murakami‘s novels at the beginning: his breakthrough novel in English, third of his Trilogy of the Rat, along with Hear the Wind Sing and Pinball, 1973, neither of which i’ve yet read, and both available for $250 or more, or as free pdf’s!) A Wild Sheep Chase. It’s funny, coming through 1Q84 and anticipating his Colorless Tsukuru Tazaki and His Years of Pilgrimage: A Novel coming out in August, but his debut novel has an audacity, like Raymond Chandler channeling Philip K. Dick by way of Guillermo del Toro, that has seen its smartaleck philosopher tempered and burnished by a depth omnipresent, even here at the outset, but ever more so throughout the work. It’s superbly condensed, and we get a glimpse of characters and locales which will figure in prior (like Pinball, with J and the Rat) and subsequent works (the Dolphin Hotel and the resident Sheep Man resurface in the companionably noirish Dance, Dance, Dance), as well as his questioning and sensitivity to the fragile membranes between possible realities, the intensely intuitive possible communion between species on the planet, his innate talent for climax and contour, and his fetish for beautiful ears, all are on display like the precocious 1st Piano Concerto of Prokofiev. With this, perhaps more so than any of his other work, I am astonished at how rarely Murakami;’s work has made it to film. Though it lends itself, even in translation, to opulent live reading (witness the great body of BooksOnTape of great Murakami readings), one can easily see a cinematic distillation being a beautiful inevitability.

Having read all the in-print novels, A Wild Sheep Chase might be, in the end, the one I’d recommend over all to newcomers to Murakami.

Thrilled that there are two more I get to read now. 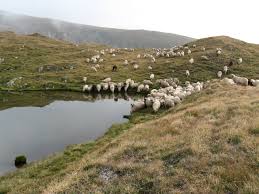 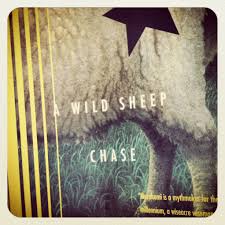