This Prelude is the only one of the 48 to have dynamic markings, a presumed poco forte opening modified perspectively by a piano dynamic (echo? solo vs. tutti?). The keening melodic half-steps are noted by slurs more tactile and clung than modern legato.

The Fugue I have found the most challenging of all the 48 to record. As I point out in my video lectures on the WTC, one can never have enough transparency, clarity through differentiation of voices. Even or rather especially in a virtuoso environment as here, it is attractive, compelling to revel in the kinetic, Beethovenian voltage born of this seemingly inexorable tarantella. Such opacity makes this rich edifice into a blind monolithic wall. Even in the most intense climactic moments of this fugue, the more occasional and surreptitious valves of relief and release one can engineer in this moto perpetuo, the better. 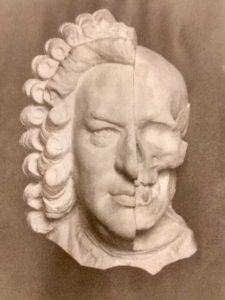 All my video performances of the complete Well-Tempered Clavier are streaming at http://www.christopheroriley.com
My 96-episode series of explorations into each of J.S. Bach’s Preludes & Fugues, Everything We Need To Know About Playing The Piano We Learn From The Well-Tempered Clavier, is now available by subscription at 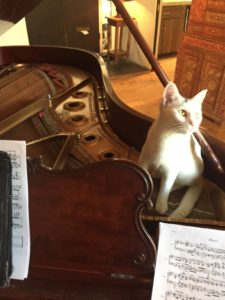