Matt Haimovitz and I recorded the  entirety of Ludwig van Beethoven’s cello/piano works, and are presently touring the record. Finding proper keyboard instruments along the way can sometimes prove difficult, but we had a few to choose from in the civilized climes of Seattle, WA, where we were performing at the Tractor Tavern for a packed house.

Second Inversion, a radio production group out of Seattle, came to our rehearsal on the concert day, and filmed not only a bit of Beethoven, the variations on ‘Ein Madchen oder Weibchen’ from Mozart’s The Magic Flute, but a rather adventurous arrangement I’d made of Joni Mitchell’s The Wolf That Lives In Lindsey, from her Mingus album. Figuring it was too much to ask of Matt for him to wear the hats of lead singer, accompaniment AND ambient wolf sounds (cries of the wolves adct as chorus in Joni’s original), I asked Matt to approximate the wolf sounds on his cello. I collected them, and created a multi-track tapestry of echoing, retuned, temporally altered wolf cries which I triggered for the track from my onstage iPod.

Second Inversion recently received a great from New Music USA, which helped fund the video production of these tracks, and so in celebration of that, I re-share the videos here. 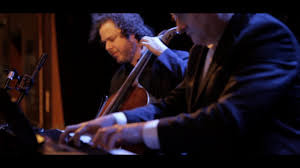 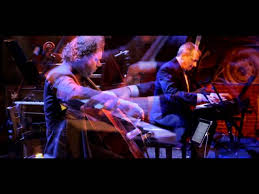 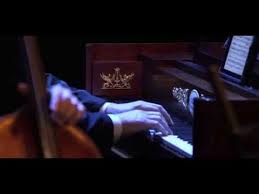 From the Top did a live taping at San Francisco Conservatory on Valentine’s Day. As rarely happens on the show (we try and include a national palette of musicians on every program), we featured kids all of whom came from the Bay Area. There are just too many talented kids at SFCM-Prep!.

The program also featured the return of Guest Artist, cellist Matt Haimovitz, with whom the kids and I collaborated on selections from Angel Heart: A Musical Storybook, composed by Luna Pearl Woolf (Matt’s wife), with narration by children’s author, Cornelia Funke (she was on-hand to narrate the selections) and a performance of one of the movements by soprano, Lisa Delan.

For my breakpiece, I had Matt join me for my arrangement of Joni Mitchell‘s song from her Mingus album, The Wolf That Lives in Lindsey. This piece is the first of my arrangements for cello and piano as part of Lisa Delan’s Pairs project, joining new compositions to existing lyrics. John Corigliano reset Joni’s lyrics in a piece we performed earlier in the week at SFCM, and other Pairs will see Conrad Tao composing new music to Gabriel Kahane’s Black Garden (2673 Dundee Pl.) from his L.A.-inspired album The Ambassador, Philip Glass setting new music to The Velvet Underground’s Venus in Furs, Gunther Schuller recomposing to Guided By Voices’ The Opposite Continues, and a couple others yet to be determined.

Joni’s original features a backing chorus of wolf calls (and John’s resetting also features wolf calls for cello and soprano; quite serendipitous, as the re-composer is required to have no prior knowledge of the original music aside from the lyrics). I had Matt make some wolf-emulative sounds on his cello; he really went to town, recording mono tracks on his iPhone. I then took them and messed around with them in extreme fashion in ProTools, creating a backing track that runs throughout the piece.

You can listen to the performance here:

Many thanks to John Servies and Tom Voegli for mixing and file prep.

Our friends at KING-FM sent a video crew to our performance a few weeks ago at Seattle’s Tractor Tavern. We had a fortepiano brought in to the club for Beethoven; that’s my trusty Casio Privia for the Joni piece. Here’s the video of that performance: 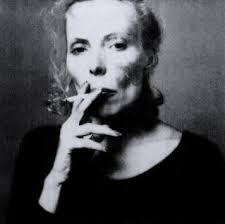