in my present bingeread of the work of Madison Smartt Bell, i’ve just read his first set of short stories, read as autobiography (Princeton life, Hoboken skids), but of a more spiritual, intuitive voice than Henry Miller, especially noteworthy for the title story, told from the specifically informed consciousness of an expert soundman (one of Madison Smartt Bell‘s own itinerant occupations, and A Good Day To Die, a personal, supernatural exegesis of Custer’s Last Stand.

The Year of Silence might as well be a short story collection, save for its quality and structure being that of a passacaglia, a crab canon of interpersonal narratives, connected desultorily and yet inexorably intimate, a tag-team consciousness, a la Slacker. The title comes from the first narrator, Tom Larkin, taking a vow of silence in remembrance of his disappeared brother, Clarence (who was a main character in Bell’s Waiting For the End of the World, hence my own presumption of the autobiographical basis of much of Bell’s writing), and preparing for his Tully Hall debut of the Goldberg Variations on a gouged, whittled 2by4 keyboard. 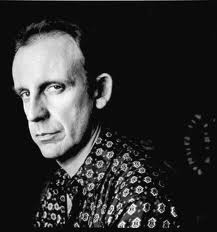