Ever since I somehow happened upon Stephen Graham Jones‘ debut novel, The Fast Red Road: A Plainsong, I’ve been reading ravenously everything he’s published. As he’s quite prolific, that takes some keeping up with: 10 novels, 3 collections and countless short stories just since the turn of the century. His early work (All the Beautiful Sinners, Bleed Into Me, The Bird Is Gone: A Manifesto) take as their font of inspiration his own view of life as a Blackfoot Native American in the Southwest (he was born in West Taxes in 1972) and the surreal interface of modern life in the States and Native American identity; he’s since written, in a white heat, horror stories (Zombie Sharks With Metal Teeth), historical fiction (his Ledfeather is a favourite), crime fiction (Not For Nothing), zombie manifestos (the truly masterful and heartbreaking The Gospel of Z), serial-killer diaries (The Least of My Scars, recently named one of the best horror novels of all time), cinema-fueled exegeses (Dream Theory, sort of a novelization of the Psychotronic Encyclopaedia of Film), chupacabras (It Came From Del Rio).

The 3rd of his story collections to come out, After the People Lights Have Gone Off, is an opportunity for Jones to instill the small form each with its own unlikely, sui generis atmosphere, often even more enhanced by his audacious improvisation of the form and the twists and sudden reimaginings of the very form and footing of the stories themselves.

Yet what makes these stories so frightening is not their multivarious and terrifying spirits and miscreants, Lovecraftian hinges of the universe around any corner, but the very human interactions and reactions of their narrators, and how much regret, longing, nostalgia, and ultimately family give us a sense of what is at stake in every one of these magnificent and unforgettable miniatures.

Cinema as malevolent portal, a father-and-son haunted hunt, a budding tattoo artist practicing on the corpses while guarding a mortuary, a gruesome rest stop encounter, a fateful trade with the devil, a haunted hoodie, arachnophobia, a domestic tragedy of secrets within a werewolf clan, alien mourners, fiction-become-fantasy-become-alternate-universe, millennially resounding and distilled DNA; these are among the insane variety of surreal premises and precincts of this incredible collection.

Nice intro from Joe R. Lansdale (another favorite), too. 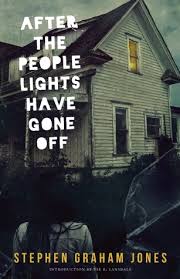 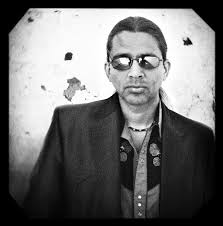 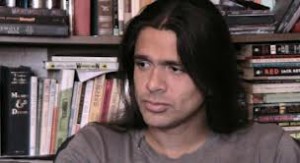